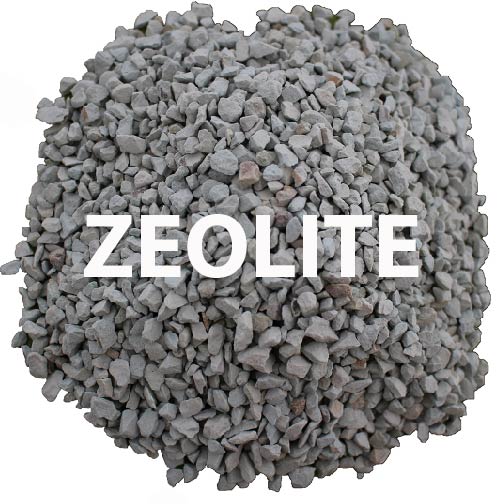 ZEOLITE IS A NATURALLY OCCURRING MINERAL WITH A WIDE VARIETY OF APPLICATIONS THROUGHOUT A WIDE RANGE OF INDUSTRIES.

The pure and naturally occurring mineral clinoptilolite zeolite has many useful applications, both commercially as well as around the home.

Due to its unique molecular composition zeolite has incredible absorbent and adsorbent qualities. As a result, people are constantly developing new applications for this versatile mineral and it is emerging as one of the most useful minerals excavated today.

The first known uses of Zeolite can be traced back to B.C.E when Roman’s employed the mineral in their aqua ducts. Zeolite was not discovered in the USA until the 1950’s. In the 1970’s it was used in the treating of wastewater ammonia and radioactive material. As the mineral’s amazing filtration and absorption ability became more known, people started using it in pools in Europe and the USA. Since the 1980’s, Zeolite has been identified for use in many different applications and as such has become a very valuable commodity.

People have only recently begun to realize the true potential and capabilities of zeolite. As a result, it has also been dubbed the mineral of the 21st century and new applications are continually being discovered around the world.

Clinoptilolite zeolite is a natural inorganic mineral that is formed when volcanic ash is spewed into the atmosphere during violent eruptions. The volcanic ash plumes often travel thousands of miles before they are deposited on the earth’s surface. Zeolites such as KMI’s clinoptilolite were formed when the volcanic flow lands in shallow marine basins where it crystallized over many years into an amazingly pure and highly effective hydrated aluminosilicate.

Because of how it is formed, naturally occurring zeolites are rarely found in such a pure form and are often contaminated by varying degrees of minerals such as metals, quartz or clays. Using low-grade zeolites that are contaminated by other minerals can be detrimental to the results, which makes it extremely important to source high-purity zeolite that is suited to the type of application involved. Zeolites’ porous, honeycomb like molecular structure allows it to accommodate and assist in the exchange of cations such as Rb+ Na+ Ba2+ Mg2+ Li+ Ag+ Sr2+ Fe3+ K+ Cd2+ Cu2+ Co3+ Cs+ Pb2+ Ca2+ Al3+ NH4+ Zn2+ Hg2+ Cr3+ and many others.